The Adarsh School has been declared as a FIT India School by the Ministry of Youth Affairs and Sports, Government of India.

It was in Lahore (now in Pakistan), in the year 1936,that there arose a need to impart education to the masses, especially the girls and the weaker sections of the society. A social reformer, Dr. Bhagat Ram Sahgal along with his wife Mrs. Gyan Devi put the onus on themselves and put in their sweat and blood to establish THE ADARSH SCHOOL with the motto of “Simple Living and High Thinking”. Due to the freedom struggle being at its peak, education took a back seat but the school was restarted in the National Capital under the dynamic administration of Mr. A.K. Sahgal. The school was recognized by the Directorate Of Education in 1985 and the school began its journey towards the shore of success under the able guidance of our principal, Dr. Veena Sahgal. The school was upgraded to the secondary level and thus arose the need of a new school building. The hard work and sincerity of the school management helped in getting school land in 1992 in Kirti Nagar and now the school has the most modern building facilities which can lead us into the new millennium with wings spread to the maximum. The Adarsh School is a co-educational, English medium Public School where strong cultural values, national integration and brotherhood are taught to children. The ultimate goal being the inculcation of highest values which should not only be learnt and imbibed but retained and practiced all throughout the life so that a strong, healthy, mentally aware and socially well-adjusted human being enters the society.

"Education is the most powerful tool you can use to change the world."

With state of the art infrastructure, the school provides with the best possible facilities to nurture our students because 'we create great people, not just great kids' .

Review of a parent of The Adarsh School conducted independently by the esteemed "momspresso" survey.

WHAT OUR FANTASTIC ALUMNI SAY 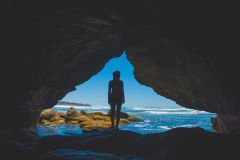 "Hello sir dis side randeep kaur i really miss my school days alot thanks to all my teachers for ur wonderful guidence and specially anurag sir for supporting us at every step provinding us extra classes specially in board exam i also want my son to be the part of such a wonderful school i will surely try for his admission next year."

"Hi anurag sir, hope you are well! I almost see all of the notifications which you put on this page. It's give me nostalgia of my old days in School. Really want to come back- when we sat in class and suddenly someone came and say anurag sir is on round...Just wow whole silence with in a minute. And when you called the names for the tables in the assembly, also when you take the maths extra class in the morning scared everyone that's what gonna happen if you come or by any chance you call any name to solve the question on the board. But sir with all due respect I learnt a lot from you which I always discuss with my daughter. Missing all those moments. Really want to meet you and hope principal sir & madam are fine. Now I live in Australia- life is very fast and time flies day by day. But I love my school and the staff who taught me good things from whom I am a good person today." 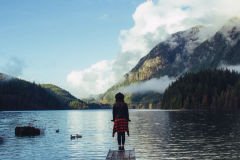 "I am an alumni of THE ADARSH SCHOOL and I am feeling very proud to be the part of Adarsh . I have learnt almost all the things of life there. Anurag sir is the person who has shaped me into a better human being. Thanks a ton. Feeling emotional and missing the 🏫 school too much."